9 Investigates: The cost of domestic violence

CHARLOTTE, N.C. - Many families are broken by domestic violence and the costly effects stretch into communities and places of work.

Ron and Jan Kimble told Eyewitness News Anchor Allison Latos they saw warning signs about their daughter Jamie's relationship, but admit they were naive, never thinking domestic violence could happen to their family.

"She never thought he would harm her," Ron Kimble said. "She saw the good in him. If I had one poignant thing to say, it would be that compassionate women can fall victim to intimate partner violence."

In 2012, Jamie was killed at the hands of her ex-boyfriend.

The Kimbles turned their heartache into a mission by creating the Jamie Kimble Foundation for Courage. They have been working to teach the community that we all pay a price for domestic violence.

The foundation is focused on domestic violence prevention, education, awareness and research.

For months, the foundation and professors at the University of North Carolina Charlotte have been studying the economic impact of domestic violence.

[CLICK HERE for the Jamie Kimble Foundation for Courage]

Experts believe 65 percent of companies do not have a human resources policy about domestic violence.

The Kimbles said they want to change that in Charlotte and across the state.

"If they have to go to the emergency room, if they have to have surgery from being beaten. We're trying to make the businesses realize it has a direct relationship to them," Jan Kimble said. "If we could get them to develop a domestic violence awareness policy and assist victims and families to be more proactive than reactive, your cost of productivity would go up."

Ron Kimble said their goal is to not only talk about the emotional side, but also the business side.

The research funded by the Jamie Kimble foundation and an NFL foundation grant focused on key areas like the cost the loss of life, healthcare, court fees and the price of incarceration.

In Charlotte, Charlotte-Mecklenburg police respond to about 40,000 domestic violence calls a year. Chief Kerr Putney said 425 people were victims of strangulation -- 10 did not survive.

"Our challenge is always to work together seamlessly, holistically to stop domestic violence in its tracks," Mayor Vi Lyles said.

Now: @Safe_Alliance explains how community support allows them to save lives and help victims. The data in today's report puts a $ amount on each phase a victim endures: missing work, medical bills, etc. https://twitter.com/AllisonWSOC9/status/1179051783093661696 ... 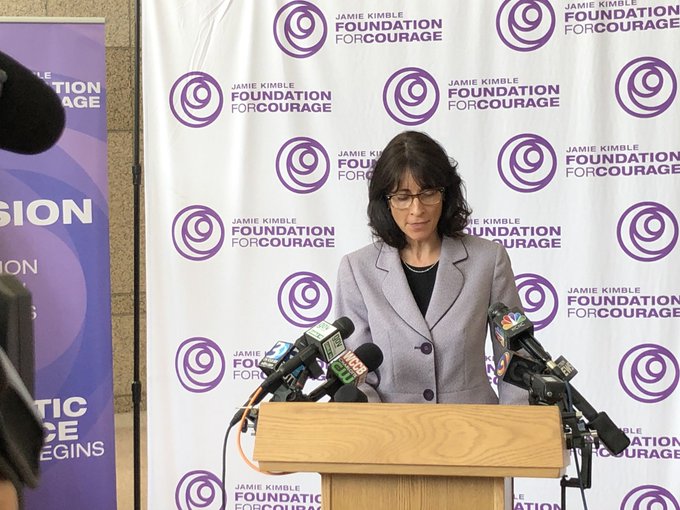 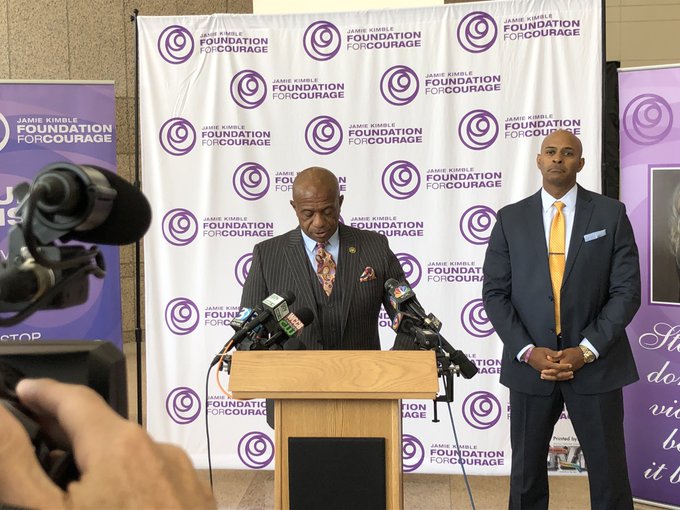 Officials said they hope the hard numbers will be a call to action for companies to help employees and for the community to break the cycle.

The Kimbles said they also hope these numbers will be a wake-up call to companies and that victims who hear Jamie's story will find the courage to escape.

"We can't let what happened to her cause us to crawl in a hole and die," Ron Kimble said. "We've got to get up and fight, to live, to try to save as many people as we can."

The Kimbles said they want to stop domestic violence before it starts and one way is reaching young people.

They have helped create domestic violence awareness clubs in high schools in North Carolina and Florida where Jamie lived.

This February, the foundation is holding a "Teens for Courage" summit at Carowinds, where 500 kids will gather to talk about domestic violence.