CHARLOTTE, N.C. -- A new study release by the Jamie Kimble Foundation for Courage shows how much domestic violence cost the state of North Carolina in 2018.

Ron Kimble lost his daughter Jamie to domestic violence in 2012. He started the foundation to carry on her legacy, and to educate people on the signs of domestic violence. Kimble says the most important statistic is the loss of life in our area.

"When you say half a billion, that resonates, and when you hit a magic level like 50 million, that really hits you in the face, and is a staggering number," he says. "But those numbers are real, and as somebody else said, those are numbers, what about the human beings that were victimized."

The Charlotte Mecklenburg Police Department says there have been 10 homicides this year caused by domestic violence. 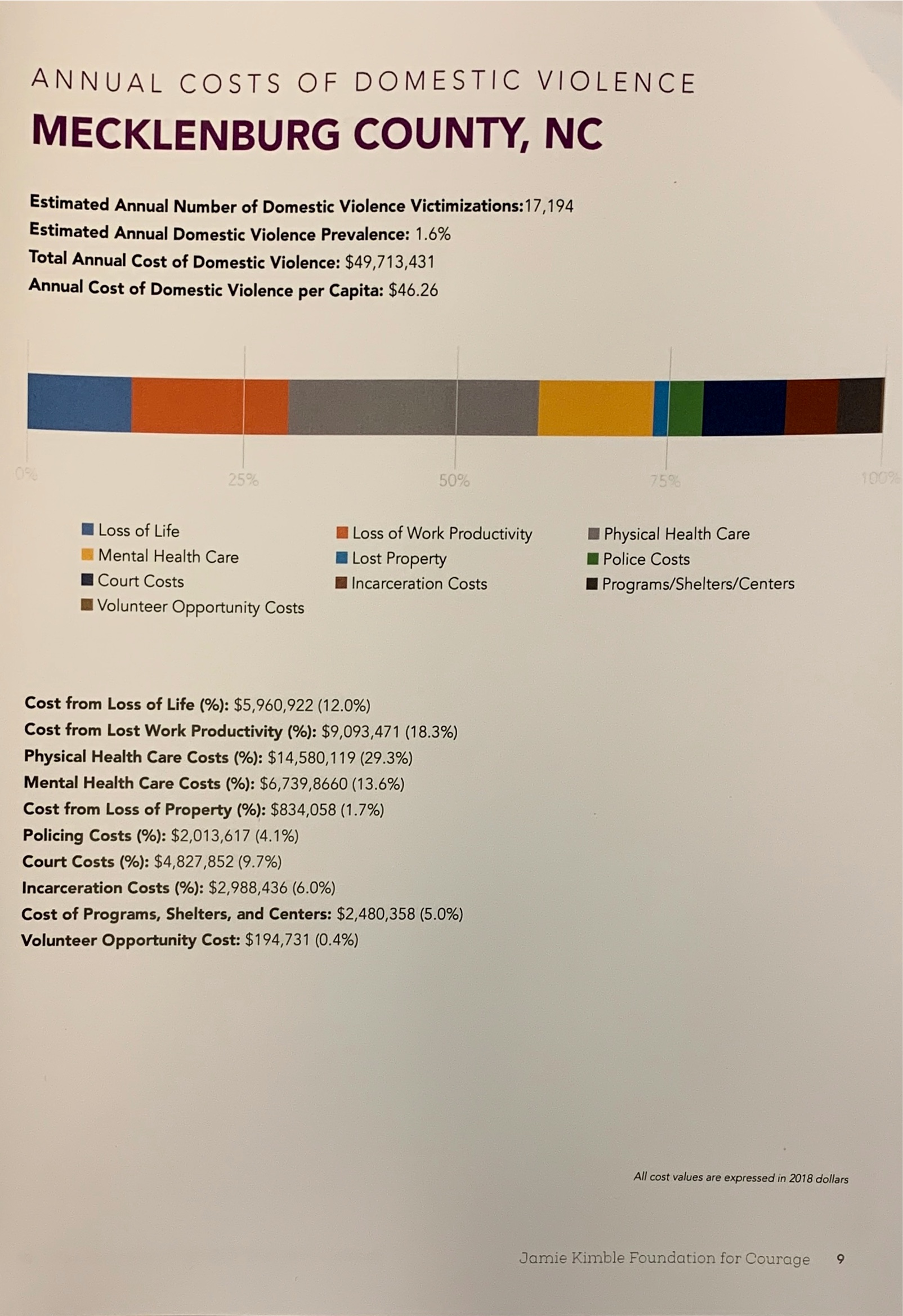