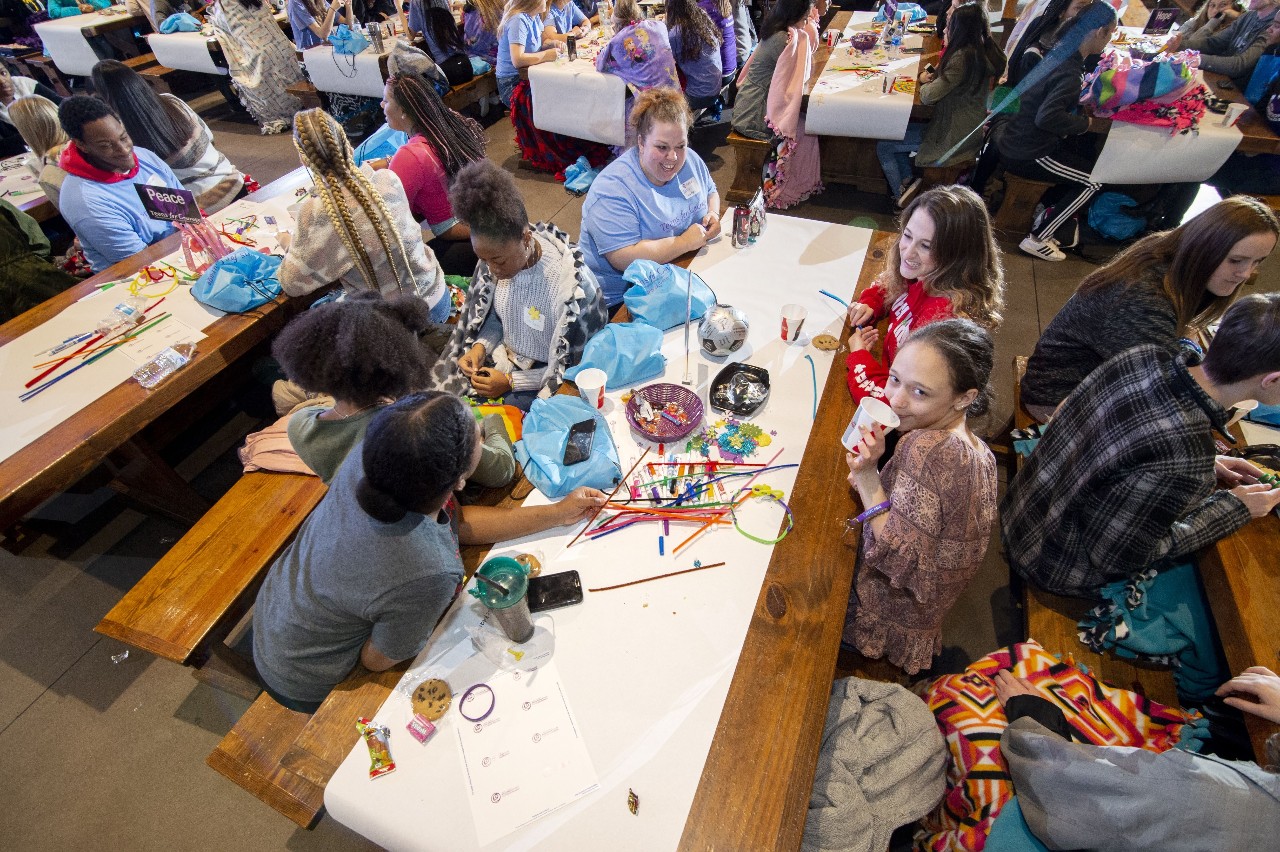 We have developed activities to educate and engage teens about safe boundaries, healthy relationships, and social awareness. Whether you are a parent, teacher, club leader, or mentor you can use the following activities with your children or students.


Have your child/student list social movements or social changes that have occurred in their lifetime or before that have impacted their lives or the lives around them. Try to get a lengthy and diverse list consider various sectors such as schools, churches, etc. or groups of people such as people of color, people living with disabilities, etc.

Ask about their observations:
What do they notice about the list?
What movements do they feel a part of?
In which movements do they know people who are involved?
What changes have stuck?
What changes are still being worked on?
What are some characteristics about these movements that have helped them achieve their goals?
How are these characteristics similar to the Domestic Violence movement work?

Activity:
Have your student get creative by creating a poster symbolizing awareness around their social movement of choice. Use whatever materials you have available. Have them explain the meaning behind their piece.


Ask your child/student:
What is a Boundary?

Boundaries range from the personal to the geo-political. Nations have a boundary line that one must have permission to cross. Laws and rules serve as boundaries that ensure that people do not engage in certain behaviors before they reach a certain age (e.g. drinking alcohol, seeing R-rated movies). Additionally, laws and rules establish a standard threshold for certain privileges (e.g. voting, getting a driver's license, entering into a legal contract). People have boundaries too, and determining other people's boundaries often takes some time to figure out. Personal boundaries aren't fixed, but can differ depending on the situation, so they are harder to figure out than state or legal boundaries. Some people, for instance, don't like when others stand too close to them; other people don't mind. Certain kinds of language (e.g. vulgar or lewd language), especially when directed at someone, can violate a person's personal boundaries.

Begin by having 1 person stand pretty far away from each other but still within calling distance. One person walks toward the other person who is standing still. The person standing still says STOP when he/she feels that their personal space is being invaded and feels uncomfortable by the presence of the walking person who has gotten close to her/him.

The third person who is observing measures the distance between the 2 peoples' toes after the walking person has been told to STOP. Write down the distance on a sheet of paper.

How could you tell when a person's personal space had been invaded? What behaviors did you notice?
Can you think of some instances when people do not STOP when they are asked to stop?
What are some consequences of not stopping when you are asked to stop?


Read through the following warning signs and discuss. Has your child/student seen these behaviors exhibited before?

1. Extreme Jealousy: Boyfriend becomes angry if you talk to other people, have close friendships or express affection for others. He attributes this behavior to his love for you and may say things like I'm nothing without you.

2. Possessiveness: He tries to control your life, telling you whom you can and cannot see, how to dress and how to act. He wants to know where you are at all times.

3. Emotional Abuse: He frequently puts you down, calls you names, criticizes you or humiliates you in public and/or private.

4. Physical Abuse: He touches you in a way that hurts or scares you or forces sex on you.

5. Explosive Anger: He blames you or others for everything, including his own failures. He yells, hits walls, destroys your belongings or threatens to hurt you, your friends, or your pets.

6. Mood Swings: Watch for dramatic mood shifts. Possibly goes from being jealous and controlling to sweet and charming.

7. Alcohol and Drug Abuse: Substance use/abuse can affect a person's mood and disposition, sometimes acting as a trigger for violence. It also lowers a person's self-control again resulting in violent incidents. Using or abusing alcohol or drugs is not an excuse for one's actions.

Activity
Have your student fill this out for either themselves or for a friend. If they don't feel comfortable sharing with you, encourage them to seek guidance from a counselor or discussing with a trustworthy friend.

DOES YOUR BOYFRIEND OR GIRLFRIEND:
____ Embarrass you with bad names and put-downs?
____ Look at you, or act in ways that scare you?
____ Control what you do, whom you see or talk to, or where you go?
____ Stop you from seeing or talking to friends or family?
____ Frighten you with his/her temper?
____ Make you afraid to disagree with him or her?
____ Hit, kick, shove, or throw things at you?
____ Make you afraid to say no to sex?
____ Wrongly and repeatedly accuse you of flirting with others?
____ Make all the decisions?
____ Act like abuse is no big deal, is your fault or even denies it?
____ Destroy your property?
____ Intimidate you with weapons?
____ Make you apologize to yourself or to others for your partner's behavior when you are treated badly?
____ Force you to justify everything you do, every place you go and every person you see to avoid his/her temper?

If you answer YES to two or more of these questions, you may be in an abusive relationship, or your relationship could become abusive. You are strongly urged to seek assistance from a counselor.


Have your child/student answer the following:


Here's some examples for each:
Keeping Yourself Safe:
I will carry my cell phone and important telephone numbers with me at all times.
I will keep in touch with someone I trust telling them where I am or what I am doing.
I will stay out of isolated places and try to never walk around alone.
If possible, I will alert dorm or campus security about what is happening in my relationship so that my abuser is not allowed in my building.
I will avoid places where my abuser or their friends and family are likely to be. I will keep the doors and windows locked where I live, especially if I'm alone.
I will identify with safe people that I can talk to and know will believe me.
I will avoid speaking to my abuser. If it is unavoidable, I will make sure there are people around in case the situation becomes dangerous.
I will call 911 if I feel my safety is at risk.

Keeping Yourself Safe in your Social Life:
I will ask my friends to keep their cell phones with them while they are with me in case we get separated and I need help.
If possible, I will go to different malls, bars, banks, parties, grocery stores, movie theaters, dining halls, etc. than the ones my abusive partner goes to or knows about.
I will avoid going out alone, especially at night.
If I plan on drinking, I will be sure to have a sober driver who is not my abusive partner.
I will spend time with people who make me feel safe, supported and good about myself.


Keeping Yourself Safe Online:
I will not say or do anything online that I wouldn't in person.
I will set all my online profiles to be as private as they can be.
I will save and keep track of any abusive, threatening or harassing comments, posts, or texts. I will never give my password to anyone.
If the abuse and harassment does not stop, I will change my usernames, email addresses, and/or cell phone number.
I will not answer calls from unknown, blocked or private numbers.  I can see if my phone company can block my abuser's phone number from calling my phone.

Challenge your child/student to post a picture or create a video surrounding the topic of Teen Dating Abuse using the hashtag #DoYouHaveTheCourage. This can be posted to Instagram, TikTok or Snapchat. Examples of posts:

My voice is a tool for spreading awareness about healthy relationships and teen dating abuse!
1 in 3 adolescents experience dating abuse. Check out jkffc.org for information, help & resources.
I wear #purpleforcourage to take a stand against dating abuse and to promote #HealthyRelationships.

Challenge your child/student to share the warning signs graphic included to their Instagram Story to help friends that may need to see that information.